This formagella cheese, produced form semi-cooked cow's milk, is the best known among those made in Bergamo. According to legend, in the twelfth century a consul’s daughter who attended college in Bergamo, wishing to eat the cheese that she had eaten on her holidays, drove the friars crazy until they found what she wanted. The cheese was called Scalve formagella to distinguish it from others that had been taken to her and she had refused.

The four municipalities of the Scalve Valley, viz. Schilpario, Vilminore, Azzone and Colere, have a long and strong tradition in the processing and storage of dairy products. 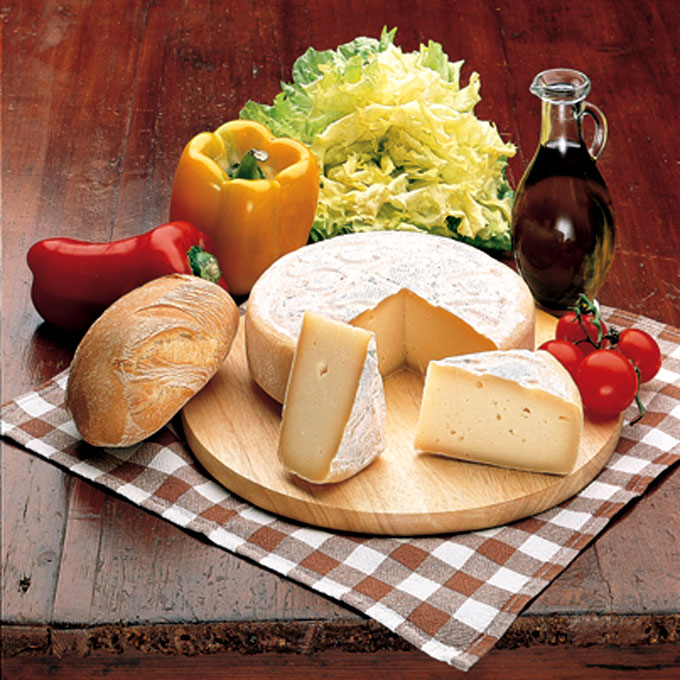 The next day the product is extracted from the mould and is salted by immersion in brine for 24-40 hours. The product is left to mature for 20 days to obtain the fresh cheese, and for at least 60 days for the cured variety.

Scalve formagella has a soft and supple crust, a white-grey outer surface and a soft cream or ivory-coloured  paste with different degrees of intensity depending on the maturity, no bubbles, or very limited in number and size. It has a delicate aroma, slightly sour and pungent, and its perception increases during the tasting.

The flavour is more pronounced in the summer productions due to the presence of fresh mountain forage components.