Bergamo province offers a very wide range of sites of artistic and cultural interest. From the grandeur and great architecture of the historic town of Upper Bergamo to the city museums, from artistic events to permanent exhibitions, from the charm of its ancient towns to the caves, from churches, castles and monasteries to fossils and archaeological finds, it is a sequence of boundless cultural wealth. Tourism and sport are very important driving forces for the region of Bergamo. The entire province sets itself apart with its very wide range of tourist attractions: from lakes to mountains, from the plains to rivers, from the thermal spas to its rich and wholesome gastronomy. There are plenty of chances for relaxation d well-being, meeting the needs of all kinds of customers. The region has always excelled at sport, providing Italy with champtions at the very hightest levels in various disciplines, producing notable national and international results.

We present the best of the Bergamo area productions with our quality trademarks: Bergamo, City of the Thousand… Flavors (traditional food products) and Bergamo Original Stones. 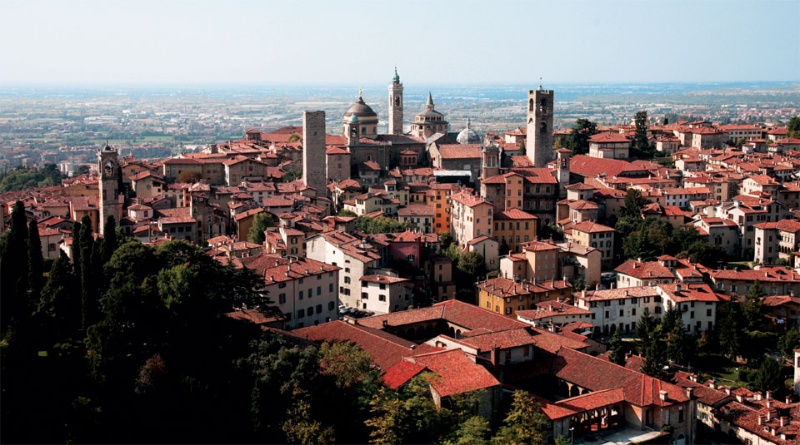 UPPER BERGAMO — The city of Bergamo develops on two levels: the ancient upper city with its medieval, quiet and charming atmosphere, and the modern, lively and buzzing lower city. Surrounded by Venetian walls, the upper city is an extraordinary group of masterpieces of arts and architecture. Medieval and Renaissance streets and palaces, which have stood the test of time, are nestled onto the slopes of the hill.

The city can be easily reached with the funicular railway, which has been running since 1887. A second track was opened in 1912, running up to the top of San Vigilio hill and its castle. From there you can enjoy a magnificent panorama over Bergamo and the plain. More and more Italian and foreign tourists are recognising the beauty of Bergamo.

Read the article about Bergamo on the New York Times and find out more on Visit Bergamo website. 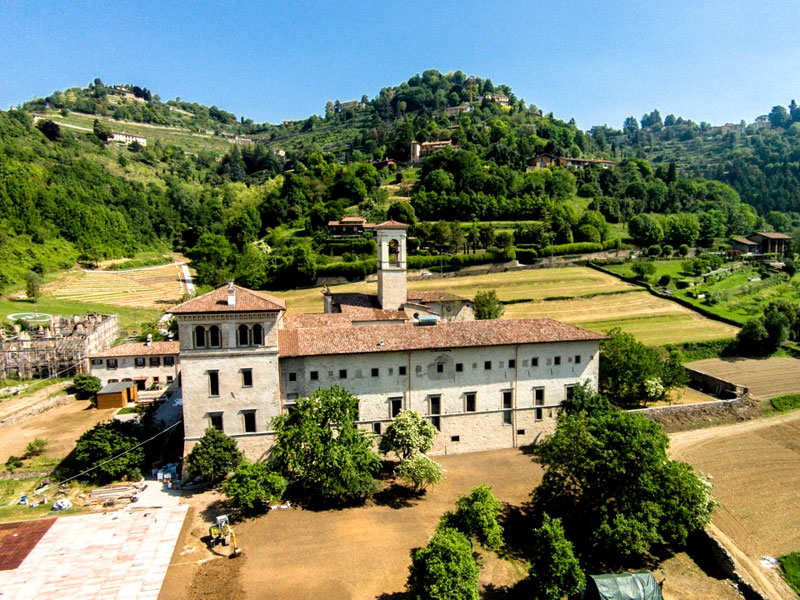 ASTINO ABBEY — Around 1107 the Vallumbrosan Benedictines founded Astino abbey, when this religious order witnessed a phase of expansion during the turbulent times marked by the fight against simony.

The primitive Romanesque complex was extended in the 13th century, but Napoleon’s suppression of the monastery in 1797 heralded a long period of decline that saw the then-abandoned building re-used as a lunatic asylum and then a farm. With the recent restoration Astino is now a vibrant scene of events and happenings 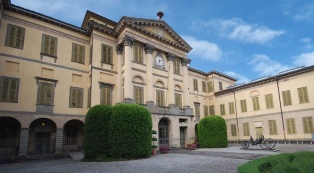 CARRARA ACADEMY — An historic palace with an elegant and majestic facade houses the Carrara Academy, combining a unique art gallery and a school of painting, which was founded in 1796 by Count Giacomo Carrara. "Only a city with such aristocratic traditions could house a museum like the Carrara Academy, the like of which I have not encountered in Italy", wrote Guido Piovene in his book Viaggio in Italia.

The art gallery with over 1,800 works offers a packed exhibition of schools from Veneto, Lombardy and Tuscany, as well as masterpieces from Italian and foreign masters. Reopened in 2015 after a thorough renovation, it is among the richest and most surprising museums in Italy for its quality and cultural display. 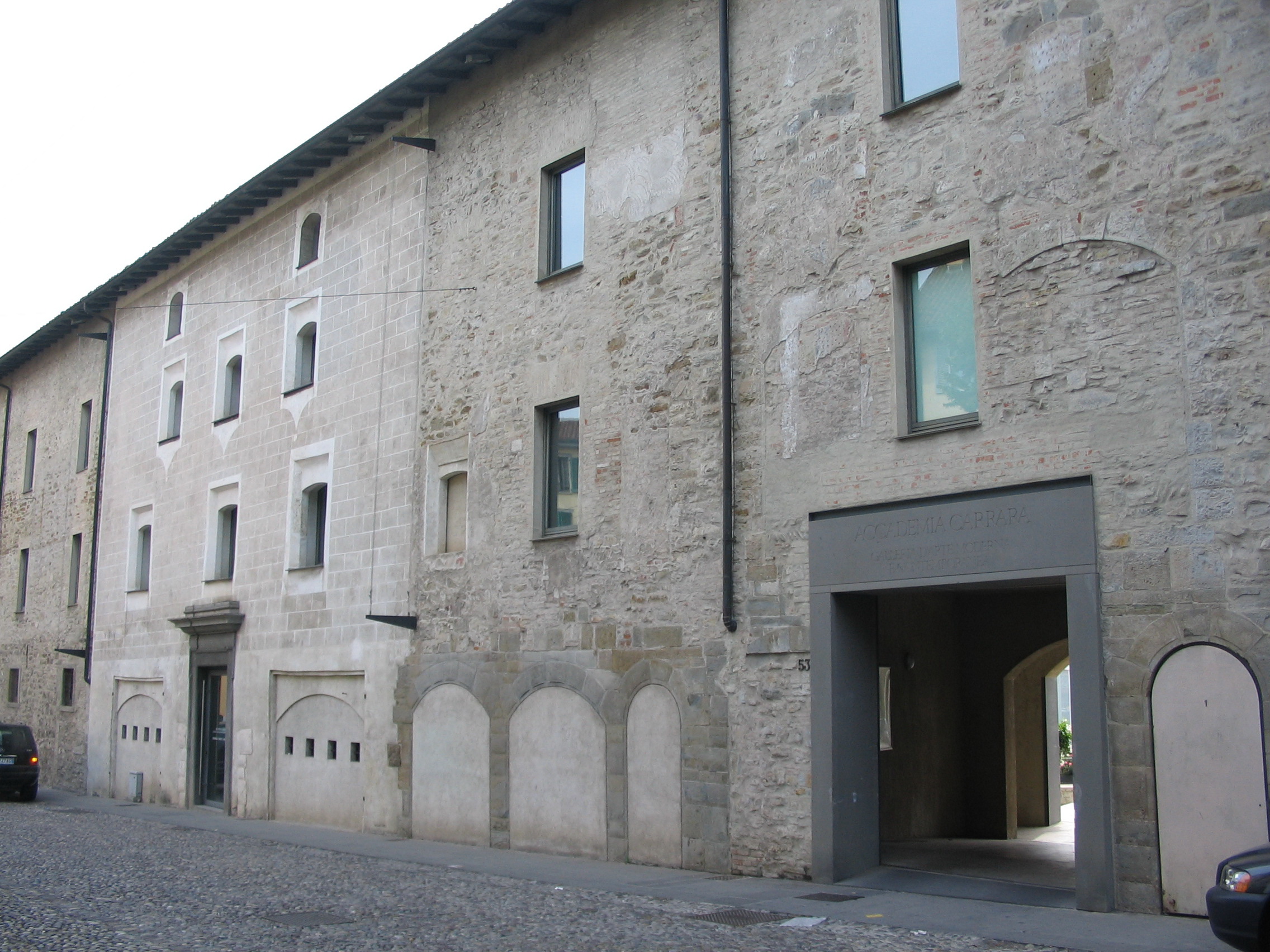 GAMEC — Since 1991, the Gamec Modern Art Gallery has been the new benchmark for visual arts in Bergamo. The project for this gallery involved the restoration and rescue of a former Dimesse and Servite monastery: a series of five buildings which have maintained their historic character. It is a real bastion of arts and culture. The gallery holds visual displays from the twentieth century, from historic moments to the latest experimentations. 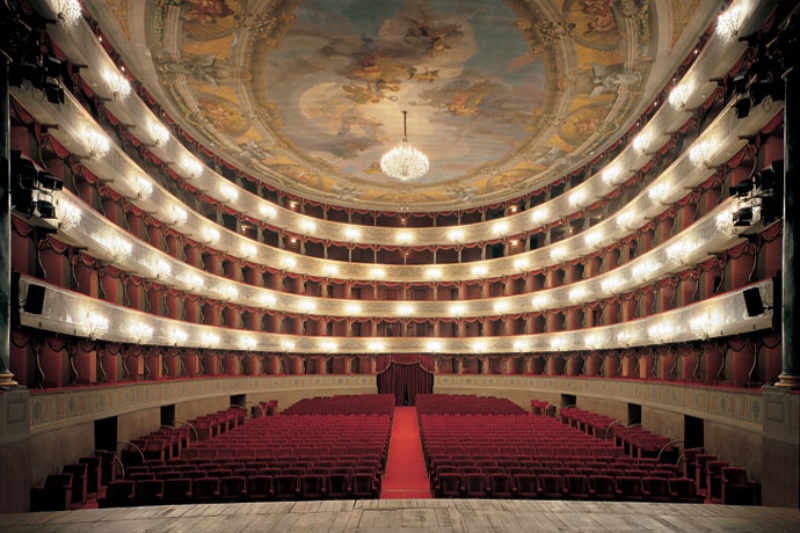 GAETANO DONIZETTI MUSIC FESTIVAL — Bergamo’s Gaetano Donizetti Music Festival was set up by the Gaetano Donizetti Foundation and Bergamo city council in 2006. Ever since, it has been the most prestigious international show dedicated to the Bergamo-born composer. Critical acclaim has grown hand in hand with attendances, with a great many visitors coming from abroad.

BRESCIA AND BERGAMO INTERNATIONAL PIANO FESTIVAL. — Brescia and Bergamo International Piano Festival is considered one of the most important festivals in the world dedicated to the piano. It was founded in Brescia in 1964 in honour of the great pianist, Arturo Benedetti Michelangeli, and was then extended over to Bergamo. Ever since it began, this festival has had its own orchestra and even back in 1965 it was specifically recognised as a "themed" event.