Semi-cooked cheese, produced with whole cow's milk proceeding from the Alpine Brown breed by at least 90%, and the addition of calf serum. This is a fat cheese which is named after the famous tourist resort in the upper Brembana Valley where one of the most important cheese and cattle markets in the province of Bergamo used to take place. A great resource and an exchange commodity of undoubted importance in the past, Branzi is one of the most popular cheeses of the Bergamo culinary tradition, and is still highly sought after and used in many heritage dishes. 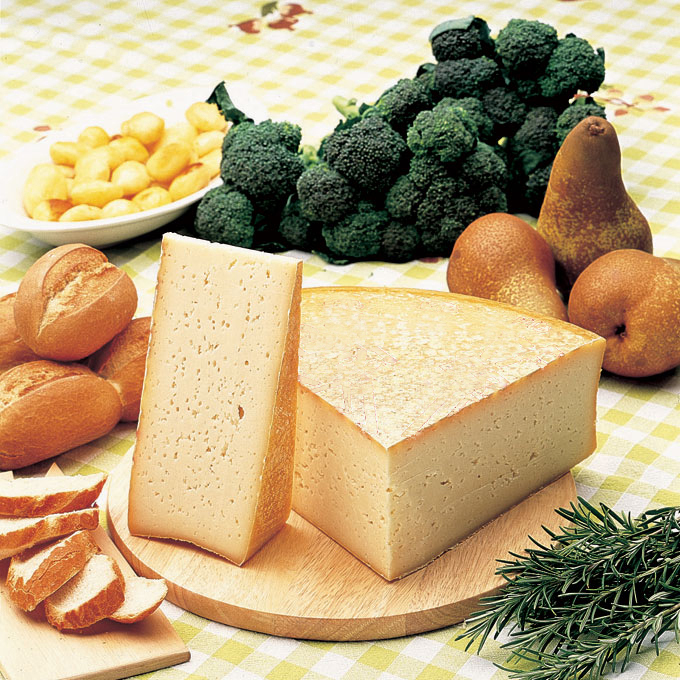 In the past it was produced only once during the summer pasture, but today it is made throughout the year with the milk collected in the stables of the valley and also in dairies that, although linked to the territory of Bergamo, are located outside the area of origin.

Production starts with the stage of coagulation, when liquid calf rennet is added to the milk so as to obtain curds. These are then broken into lumps, and subsequently heated to a temperature of 45-46° C. A delicate process then ensues which requires continual and constant stirring by means of a traditional tool or modern equipment. After cooking, the curd is extracted with special cloths and laid into wooden moulds. Finally, pressing and salting take place.

This sweet and delicate cheese acquires a spicy flavour with aging. Its characteristic flavour is largely determined by the plant species present in the forages. The crust is thin, the texture soft, and its colour yellow.