HOME » Lang » En » Bergamo At A Glance » Mobility and Facilities

Bergamo is halfway between Milan and Brescia, about 50 kilometres away from both cities. It is a pivotal point along the major communication and development axis connecting Lombardy to Veneto. Historically, this region has had strong links with other European countries and markets. Close to the Milan metropolitan area, the province of Bergamo enjoys proximity to the services of the regional capital while retaining the benefits and tranquillity of a decentralised area. Together with the existing infrastructure, its far-reaching projects complement and strengthen the region’s potential for further economic development. 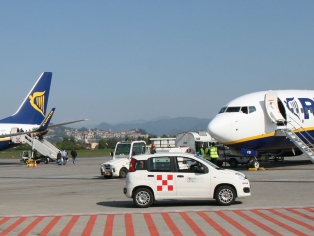 BERGAMO ORIO AL SERIO AIRPORT. In the last few years, the Caravaggio Bergamo Orio al Serio International Airport (BGY) has undergone rapid development: today it is at the fourth place out of all the country's air terminals. It is a very important layover for low-cost and cargo flights, with over 9 million passengers passing through.

The airport is equipped with state-of-the-art facilities and services. It is sleek, aesthetically pleasing and can handle any kind of aircraft or cope with highly intensive periods of traffic. 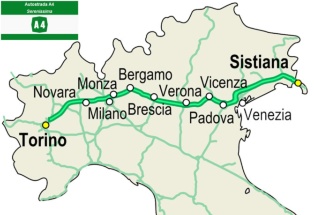 A4 MOTORWAY. A4 motorway connects Turin with Trieste. The route runs from West to East Lombardy through the provinces of Milan, Bergamo and Brescia. This four lanes motorway running between Bergamo and East Milan is a vital artery for the Italian economic tissue. Its proximity to Milan and Brescia provinces allows the province of Bergamo to make full use of the A4’s potential.

BREBEMI. The Brebemi project was initiated in the late 1990s to address a major need for a rapid link between Milan metropolitan area and the Bergamo and Brescia areas, some of Italy’s principal industrial zones. The Brescia-Milan motorway link development is also innovative from a financial perspective being entirely privately funded (through project financing) at zero cost to the Italian state. The Brebemi spa company is emblematic of the project’s strong local and institutional roots to a greater extent than any other similar venture in the Lombardy region or in the rest of Italy. 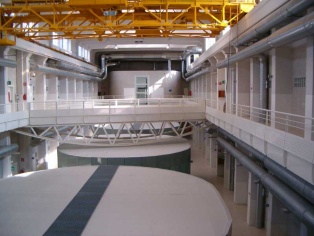 POINT: A TECHNOLOGY INNOVATION HUB. Set up in 1996, The POINT is a science park spanning over 38,000 sq. m of land and hosting companies, laboratories and research centres operating in innovative sectors. The benefits of a base in the POINT include the opportunity to make contact with other science and technology parks, research centres, universities and the main public bodies.

Bergamo Sviluppo acts as a technology facilitator within the POINT providing services to companies and institutions to support growth and foster competitiveness. Services available include the Bergamo province UNI point for online access to technical standards, the Industrial Property Protection office assisting companies with learning how to protect their industrial property and the MaTech Point office on new materials and technology solutions in partnership with the Galileo Science Park in Padua.

BERGAMO EXIBITION CENTRE. Bergamo exibition centre is located very close to the city, as well as the Orio al Serio international airport and the A4 motorway. The Bergamo Exhibition Centre is the perfect location to host any kind of event. The facilities include three separate pavilions, two of which each have a multipurpose area of 6,500 m2. There is also a convention centre with well-equipped halls and a capacity from 40 to 440 places. There are other versatile and multipurpose exhibition areas included in its "Expo" area with 16,000 m2 indoors and 35,000 m2 outdoors: it is the perfect location for "large number" events and shows. 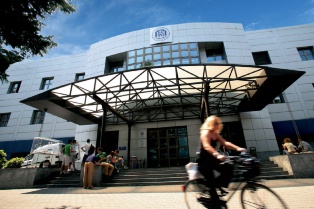 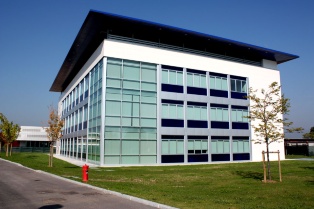 MARIO NEGRI INSTITUTE - RESEARCH LABS. Bergamo is also a benchmark in the field of medical science. The headquarters of the Mario Negri Institute for Pharmacological Research are here, a non-profit foundation for research, training and information in biomedical sciences, which also conducts research in the field of rare diseases.

HUMANITAS GAVAZZENI. This multi-specialist hospital has become the operational headquarters for the research protocols of the Institute of Clinical Physiology of the CNR of Pisa. It also includes the Bergamo International Academy for Advanced Medical Sciences and the International Heart School.